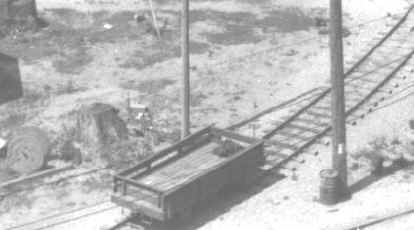 In 1919 Seattle City Light (SCL) began development of hydroelectric facilities on the Skagit River in Whatcom County. Access to the site of the dam and powerhouse was limited and consisted of only a trail. In 1920 SCL began construction of a railway from the terminus of the Great Northern Railway at Rockport to the site of the powerhouse at Newhalem,  23 miles away. To keep operating costs low SCL operated two large speeders to move freight with passenger service provided by a converted highway truck and bus. Known as the “Toonerville Trolley”, this truck/bus worked fairly well in moving the small number of passengers during the construction of the Gorge Diversion Dam and powerhouse.

In 1926 work was begun on extending the railroad 7 ½ miles upstream from Newhalem so construction could begin on the 389 foot tall Diablo Dam. Construction of the dam was to be considerably larger then the work performed up to this time and consequently the amount of passenger traffic on the railway would be increased likewise. The Toonerville had performed quite well in the early days but it was becoming very tired. In December 1927 SCL was authorized to purchase a 36 seat J.G. Brill Co. Model 55 gasoline railcar. The car was outfitted with a small baggage compartment but it soon became apparent that additional capacity for small amounts of freight was needed. To handle this additional freight SCL requested proposals on construction of a 16’ long, four-wheel trailer car and in April 1928 the bid was awarded to Pacific Car & Foundry in Renton, WA. The car was assigned number 40. 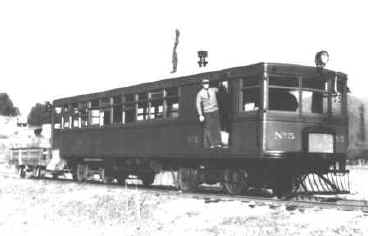 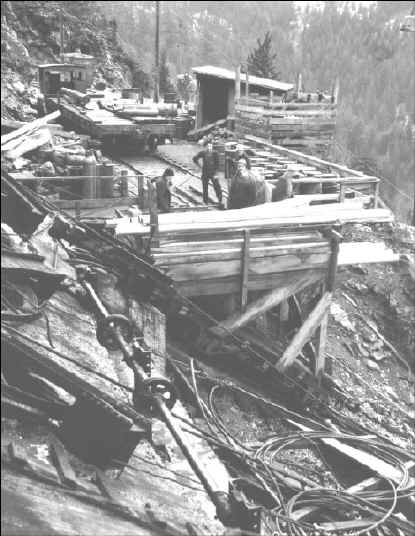 Information on how the car was originally built has not surfaced but in a few photographs from the late 20’s it appears to have a frame constructed of wood with side sills being of about 4” x 6”, deck boards running longitudinally, and side boards mounted in stake pockets. The car was not equipped with air brakes but does have hand brakes and a vertical brake wheel on one end. At some later date a second car was built and it became the #41.

In January 1945 one of the two trailer cars was put in an interesting service. When Diablo Dam was being built freight cars needed to be moved from river level to a height 300 plus feet higher on the side of Sourdough Mountain. To accomplish this SCL built an incline railway that had a platform to accommodate a single freight car that ran on three tracks at a 68 degree slope. Repairs to the hoisting mechanism became necessary in January 1945 and the lift was taken out of service. People and supplies still needed to be moved up the side of the mountain due to construction of Ross Dam and either the #40 or #41 was placed on the easterly track. A temporary winch was hooked up to the car and framing was applied to provide a level platform. The car saw use in this capacity for about a month.

Some point in the 40’s or 50’s the car was rebuilt. A frame work of steel angle was fabricated on the sides and ends with wood beams for attaching the decking. In 1954 the railroad was dismantled and most all of the railroad equipment was sold to Dulien Steel Products, a scrapping firm in Seattle. Trailer car #40 was sold to Charles Morrow and it was moved to the museum. In the late 1960’s the museum acquired a motor generator set for a proposed trolley installation and the MG set was placed on the #40 and a small wood body was added to protect it from the weather. In the 1980’s the car was donated to the museum.